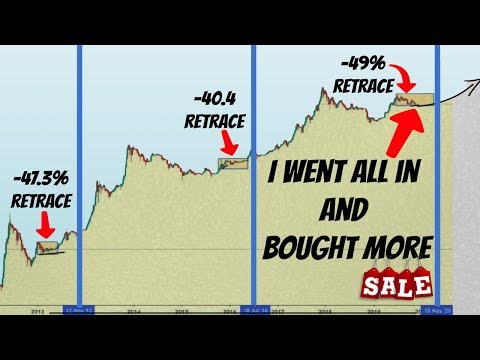 Summary:
Event site: https://www.ri2020.io/
Event date: May 18th, 2020
P-PREP Commitment Date: April 30th, 2020
Telegram: u/markusreisner
We believe we have a strong proposition to market ICON in a meaningful way to some of the largest communities in crypto.
The MouseBelt team has the largest global network of over 100+ universities in 20+ countries. Over the last few months, 10+ university blockchain events we were working with got canceled for obvious reasons.
Due to that fact, and our understanding of our reach we decided to launch a virtual conference. Since April 10th here is what happened:
MouseBelt will invest over $70k+ into this event. We would like to have fellow P-Reps invest $20k (this will go 100% to BlockTV production cost).
The benefit to the ICON community will be:
Background:
MouseBelt is a popular blockchain ecosystem consisting of multiple parts:
MouseBelt as ICON developers:
Our engineering team has implemented token assets on ZenSports (SPORTS), the first STO on the ICON network, and GrowYourBase, the #1 IRC2 application token in market capitalization on the ICON network.
Currently, we are developing the Balanced network in concert with ICX_Station, PARROT9, and Iconosphere. Balanced will bring synthetic assets backed by ICX to the ICON network, as well as tokenized staked ICX. This can assist with both a stable asset for payments, and a base for other DeFi applications
MouseBelt as a P-Rep:
We have been a Main P-Rep most of the time since decentralization of the network and so far had utilized our funds for student education.
Such as the “ICON in a box” workshops and the Milwaukee Blockchain Conference, which we sponsored in a direct ICX payment and the second annual payment for UCLA’s blockchain engineering course.
REIMAGINE2020, Conference details:
Conferences have always been an integral part of the blockchain space to promote projects in the industry.
With recent evolutions around the globe, things have changed. They either got canceled or delayed.
We have created REIMAGINE2020, a virtual conference.
Shared by the ICON Foundation on April 18.
We can effectively and efficiently promote ICON to the world through Reiamgine2020 | BlockTV. The driving force behind the conference is: highest quality of Content matched with the best production quality for Video. The funds will allow MouseBelt to promote ICON logo/branding throughout the conference/programming for straight 72 hr of live streaming. Additionally, we have the opportunity to properly place ICON logo/branding in highly favorable on-screen placements (tickers/commercials/plugs and continuous branding) reaching 5M viewers globally. ICX Station is providing a Keynote to drive global interest.
Confirmed partners
Schedule & Format
Production Status
Audience
In addition to the communities of our confirmed partners and universities we are targeting:
1. Viewers - Tuning into the livestream, attending a workshop, or watching the content post-conference.
2. Participants - Speakers, partners, and sponsors
3. As far as hard data for "attendees" we have two signals:

What they really don't wan't you to know about Dash!

Dash is breaking away with regards to integrations, partnerships and developments that advocates of other Crypto Currencies have become frightened of Dash's future dominance. Unfortunately for most of these other Crypto Currency projects Dash as a platform is well and truly in the driving seat on so many levels.
Lets take a look at some of the achievements in 2017 and upcoming events:
More big news still to come in the coming month
Edit: Fixed typos, added new items & links

Max Keiser is an RT host who is known as one of the most vocal Bitcoin proponents. He is a harsh critic of the U.S. Federal Reserve as well as the biggest U.S. banks such as JPMorgan Chase (he even started a campaign to crash its stock). Keiser has been promoting Bitcoin on “The Keiser Report,” his long-running show, since 2011. He hosts it together with his wife Stacy Herbert. Keiser’s crypto VC fund Heisenberg Capital was an early investor in both bitcoin and in many bitcoin-related startups. Keiser is a frequent speaker at international conferences, including the first ever bitcoin conference in Prague in 2011. Source: linkedin.com — Max Keiser (@maxkeiser) October 5, 2020. Keiser is in the “only BTC is Bitcoin” camp. He once ran a campaign to become mayor of London, promising to base the city’s economy on Bitcoin. Though he touts BTC’s infrastructure as an alternative to today’s financial system, much of his commentary is on the topic of BTC price (he has at ... As Bitcoin is already trading slightly below $9,300, the community is happily rubbing their hands, looking forward to BTC surging over $10,000. Meanwhile, prominent Bitcoin advocate, Max Keiser, has taken to Twitter to talk Bitcoin globally, his earlier $400,000 forecast in particular. ‘Buy some BTC under $10,000 before it goes 40x’ Binance.US looks to be far more limited than regular Binance, with only Bitcoin, Ethereum, Ripple, Bitcoin Cash, Litecoin, and Tether trading available to start. Further, Binance.US will require identification information to sign up in order to comply with regulations. — Max Keiser (@maxkeiser) August 17, 2020. In 2019 Keiser switched completely, saying “altcoins are finished.” He’s gone all-in on BTC… and made some more price predictions on BCH and BSV: “Bitcoin Cash, the Roger Ver abomination, is going to ten bucks. Bitcoin Satoshi Vision, from Craig Wright, that’s going to ten bucks. Most, or ... Max Keiser claims that Jamie has got the Bitcoin virus during a Davos conference back in 2018. We are not sure if this was correct, but furious Keiser claims that Dimon will look like ‘street ... Binance CEO Changpeng Zhao has apologized for causing concern among the crypto community when he openly spoke about the possibility of a rollback for the Bitcoin blockchain following confirmation of a hack leading to the theft of USD 40 million worth of bitcoins on its platform.. The rollback had caused a sharp backlash, particularly among Bitcoin-only communities, aghast at the very concept ... The increased interest in gold in the past few days has been ignited by the rapid rise in Bitcoin’s price according to Bitcoin enthusiast, Max Keiser. In the past few weeks, Bitcoin (BTC) has crushed bears spirits by climbing above $11,000 USD pushing the altcoin market along with it. Max Keiser – A popular crypto investor and publisher of The Keiser Report; The conference will feature nine speakers from Africa. These include: John Karanja – CEO and Co-Founder at Bithub Africa and Melanin Ventures; Alakanani Itireleng – Founder of the Satoshi Center blockchain hub in Botswana and one of the leading and early pioneers of blockchain in Africa; Nhial Majok – Founder of ...

Chepicap's Will Heasman got in touch with eternal Bitcoin Bull and the host of The Keiser Report, Max Kieser, for his opinion on the Binance hack, the bitcoin re-org, his $100k Bitcoin predictions ... Support Me On Patreon! https://www.patreon.com/TheModernInvestor ----- Protect And Sto... Bitcoin is a storm now. will it be 2M USD 2020!? The price is rising. 10x in 2017 (wow) If you want to buy/sell bit coin BTC ETH, LTC and so all you can use Binance that one of the best exchange ... Hola amigos vino Max Keiser una de las legendas de Bitcoin a Bitcoin Embassy Bar. El recomendó comprar Bitcoin en 2011 en su reporte Keiser Report. El platico con nosotros de Bitcoin y hacia ... Roger Ver and Max Keiser talk about Bitcoin , Bitcoin Cash and His next move With Bitcoin - Duration: 12:22. Roger Ver 36,190 views Abundance Meditation, Wealth, Money Luck & Prosperity l TRACK: Miracle Happens While You Sleep Music - Duration: 8:04:32. SUPERNATURAL BRAINWAVE POWER Recommended for you 💰Get a Binance Wallet! ... Nexus Conference 2017: Max Keiser vs. Peter Schiff and Bitcoin vs. Gold - Duration: 37:10. Nexus Blockchain 9,976 views. 37:10. How The Economic Machine Works by Ray ... Max Keiser from the Keiser Report believes Bitcoin will takeover all fiat currencies. Quote: 'Bitcoin Is unconfiscatable digital sovereignty' - Will this lead to Bitcoin reaching $100,000? In this ...